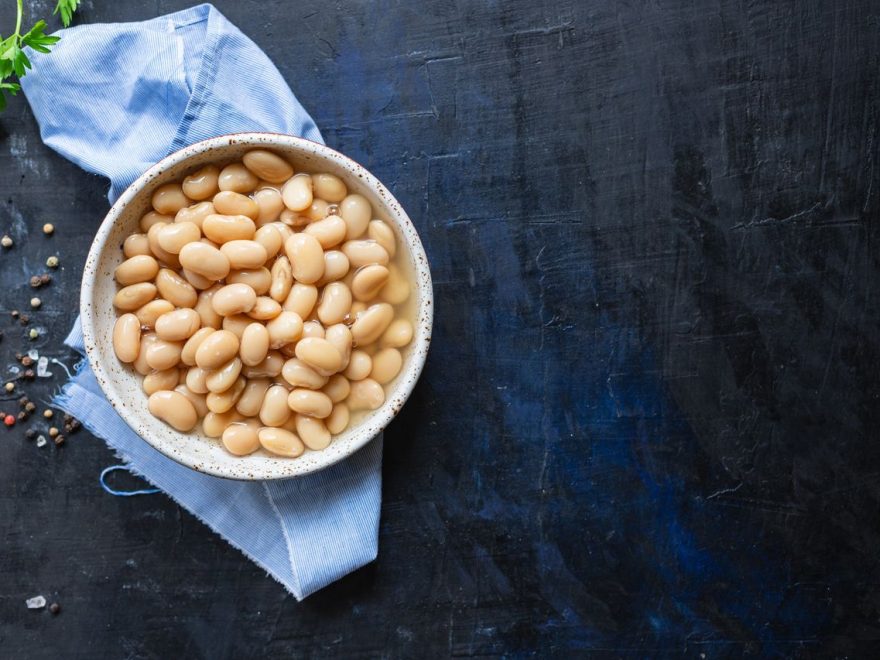 Keto is a low carbohydrate, high-fat diet and offers many health benefits. Keto is a way of life. It originally started as a means to combat several diseases like epilepsy. However, it also contributes positively to cancer, diabetes, and Alzheimer’s disease. In this case, one almost keeps the carb intake to less than 50 grams per day. Beans are well known as nutritious food. They are high in protein and fibre and vitamins and minerals. However, incorporating them into a low carb diet might be difficult because they include carbs.

In the case of keto, the idea is to replace carbs with fat so that the body starts a process called Ketosis. Generally, the lower the carb intake, the higher your chance of attaining Ketosis faster. Beans belong to the legume family of plant foods. Also, all legumes belong to the Fabaceae family of flowering plants, usually known as Leguminosae. Fruits and seeds are produced inside a pod by these plants. They’re seeds in pods. Hence they’re considered a fruit.

They are a good source of fibre and B vitamins and are popular worldwide. You can substitute it for meat as a vegetarian protein source. Beans and legumes provide many health benefits, including lowering cholesterol, lowering blood sugar, and promoting good bacteria in the stomach.

Here is a sneak peek at pulses, beans and legumes:

Pulses include all beans, peas and lentils:

Therefore, pulses include all beans, peas and lentils.

Starting a new diet can be challenging when you have to develop a whole new set of go-to snacks and meals. It is especially true for keto dieters who must drastically reduce their carb intake. (Keep in mind that carbohydrates can only account for 5–10% of your daily calories on a diet.)

“Ketogenic” refers to a low-carb diet (like the Atkins diet). The goal is to consume more protein and fat while consuming fewer calories. The easiest carbs to digest, such as sugar, soda, pastries, and white bread, are the first to be eliminated. According to some studies, it is helpful in weight loss.

What does the Keto Diet Do?

The diet works by causing the body’s sugar reserves to deplete. As a result, it will start breaking down fat to produce energy. The body responds by producing molecules known as ketones, which it uses as fuel. The body’s ability to burn fats can result in weight loss.

Because it cannot retain glucose, the brain requires the most glucose in a consistent supply, roughly 120 grams per day, say some studies. While fasting or consuming minimal carbohydrates, the body pulls stored glycogen from the liver and momentarily breaks down muscle to release glucose. The body’s stored glucose depletes after 3-4 days, and blood levels of an insulin-like hormone decline. As a result, the body resorts to fat as its primary fuel source. The liver produces ketone bodies from fat, which gets used without glucose.

A keto diet is a way of eating that promotes foods high in healthy fats, moderate in protein, and low in carbohydrates. The purpose is to eat more fat calories than carbohydrate calories.

Below are the types of Ketogenic diets:

Because you have a little extra fibre on the cyclical keto diet, it aids digestion. While the normal keto diet might cause constipation in some people, cyclical keto can help manage digestion. Carbohydrate indulgence- As a bonus, you enjoy days when you eat some healthy carbs.

Other types of the keto diet (Targeted Ketogenic Diet)

Some people have a knack for eating in between workouts. It might hamper the desired goal of the person. As a result, the Targeted Ketogenic Diet (TKD) took birth. This diet allows people to consume carbs in the middle of workouts. TKD is similar to a conventional keto diet, except it contains high proteins. Typically, the fat-to-protein-to-carbohydrate ratio is 60% to 35% to 5%, respectively.

Various Beans and their Carbohydrate Count

There are different carb content for other beans. Therefore, checking for the carb content becomes essential if you pursue a ketogenic diet. Total carbohydrates minus fibres equal net carbs. One does not count fibres because they move through your system without entering your bloodstream. The following table consists of the total carbs and net carbs content of half cup of some common kinds of beans (about 90 grams). However, green beans weigh less, and half a cup weighs 55 -60 grams.

Benefits of Incorporating Beans into the Diet

As you can see, certain beans have a lot of carbs in them, both total and net, while others have a lot less. If you follow a strict keto diet, edamame, green beans or black soybeans are your best options in a measured quantity. You can cook green beans as a quick saute. Black soybeans are more versatile and delicious in soups, salads, dips, and other dishes.

Suppose you stick to the serving size of 1/2 cup. In that case, you can add beans to your diet, even following a Keto or a low carb plan. However, thoroughly read the label if you are not cooking at home. Some foods, such as baked beans, may contain added sugar, considerably increasing the carbohydrate content. However, if the portion size of beans is not accurate, you may consume too many carbs. As a result, the body might get out of Ketosis, which is counterproductive to weight loss.

Some people avoid black beans in their diet because of their supposed controversy. There is an ongoing controversy about black soybeans causing hormonal imbalance. Regardless of this, the net carb content and the total carb content of black soybeans are less. Hence, it would help you meet your goals while on a keto diet.

At the same time, you can incorporate other types of beans into your keto meal provided; the quantities are about 1/2 cup a day. (90 grams). In recipes, several other low-carb vegetables like mushrooms, avocado, and brinjal can replace beans.

After discussing the advantages and the health benefits of beans, it is equally important to highlight some potential health risks of beans as it concerns human health.

Beans and other legumes can cause allergic reactions in certain people. Peanuts and soy are two of the most common irritants. Those who are allergic to one type of bean should be cautious when eating others. Lectins, which are proteins that are potentially hazardous to humans, are found in many beans and pulses. Lectin concentration is reduced by soaking and boiling beans.

According to research, gas and digestive pain are the most prevalent adverse effects of eating beans. Although they can be irritating and even painful for some people, they are not harmful. When adding beans to one’s diet, one should gradually increase the amount to allow the gut to acclimate.

Beans are a staple of our world diet and have existed almost forever. Still, many beans are high in carbohydrates and are not the best option for keto adherence. However, you can choose some low-carb and low-carb beans if you don’t want to skip them altogether. In that case, you can incorporate them into your ketogenic diet. Stick to the soft carb beans mentioned in this article (unless you follow TKD or CKD), and you should have no problem incorporating them into your ketogenic lifestyle.

Q. Can I eat beans on a keto diet?

A. Yes, you may include beans in the diet, but only specific types of beans are permitted. Green beans and Black soybeans are the allowed type due to their very low net carb content (2 grams of net carbs in 60-90gram serving). Besides these specific beans, it would help if you avoided them due to their high carbohydrate ratio.

Q. Can you eat beans on a low-carb diet?

A. Due to their high carbohydrate content, most types of beans, such as red kidney beans, black beans, and pinto beans, should be avoided on a typical ketogenic diet. Low-carb bean options like edamame, and green beans, on the other hand, can be consumed in moderation.

A. No, chickpeas aren’t considered friendly due to their high carb content. Although, usually, a keto diet includes less than 50 gms of carbs per day, even a tiny serving of chickpeas can bring one above the desired limit and out of Ketosis. A typical serving of chickpeas causes the blood sugar to spike, which results in the body turning to glycogen for fuel instead of carbohydrates. A standard cup of boiled chickpeas contains 45 grams of carbs total, including 12 gms of net carbs per serving.

Q. Are beans better than rice?

A. Yes, green beans are a keto-friendly option. Though it shares the family name of legumes, it has a very low carb content. A single cup of green beans contains ten gms carbs total, with 6gms net carbs. It is as healthy as a side dish of broccoli or Brussels sprouts.

A. Yes, it can be an effective strategy to lose weight by eating beans. The fibre and protein content in the beans helps curb the hunger pangs. In contrast, the protein stimulates the hormones in the stomach, resulting in the brain receiving a signal telling that the stomach is full. The soluble fibre in beans delays gastric emptying. Beans don’t harm blood sugar and keep the energy level steady due to being a low glycemic food.

A. Yes, beans do help in losing belly fat. The high soluble fibre content helps fend off inflammation that causes the accumulation of belly fat. In addition, the digestion process needs calories. Protein digestion burns about 20-30% of the calories consumed. Due to the satiation effect of the proteins, beans make us feel full for a more extended period. As a result, the calorie intake is also less throughout the day.

A. Adzuki and chickpeas are excellent choices from all the other types of beans to help in gaining weight as they have a calorie content of 294 and 269 per cup. Beans are full of fibre, iron, magnesium, zinc and folate, and due to these nutrients, they can help gain weight quickly. To gain 1kg every two weeks, a person needs to consume 550 calories extra. Beans can make a significant dent towards the goal. A single cup of beans contains approximately 250-300 calories with the right choice of beans.

A. The current top five foods promoting weight loss are as follows:-

3. Eggs: Eggs contain high protein and fewer calories which helps in a calorie deficit. It may also help increase the metabolism, which helps burn fat at a faster rate.

5. Chilli Peppers: The compound called capsaicin in the chilli helps control hunger by inducing the feeling of being full and boosting metabolic rate.

A. Yes, eggs do help in burning belly fat. Also, a single egg contains all nine essential amino acids. In addition, eggs are chock full of omega-3-fatty acids, which help burn the fat by increasing the metabolism rate by 20-30% for several hours after consumption.