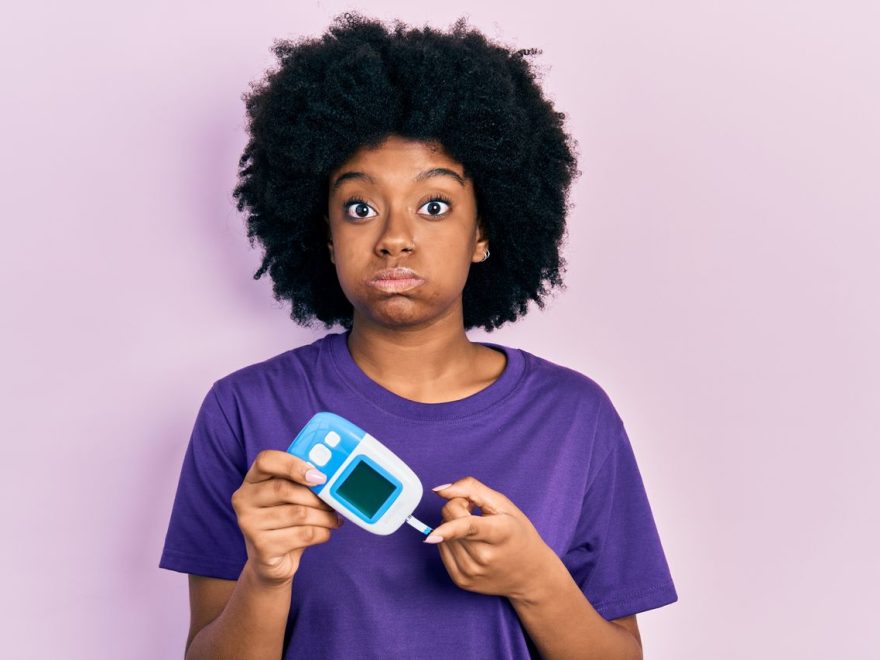 According to a recent survey, the figures for diabetes, a growing health problem in India, will be doubled by 2025, affecting around 134 million people.

The increase in blood sugar is due to multifaceted aetiology. It ranges from genetic to certain environmental factors. Also, a sedentary lifestyle, stress, excessive calorie-rich foods, and obesity affect your condition. High Blood Sugar and breathing problems pose a potential threat and require expert care.

While the condition usually goes unnoticed in the beginning stage, it will affect an individual’s overall well-being over time. One warning symptom is irregular breathing. Hence, one should take practical precautions to manage the condition by including safe exercise and consuming healthy foods to preserve lung function.

After consuming the food, the particles will break down into sugar which triggers the pancreas to produce insulin. Once the sugar enables various processes, the excess amount gets stored in the liver and muscles for energy. The glucose spikes occur when the body cannot adequately transport glucose to the brain and heart.

One of the primary causes of lack of insulin in the body is Diabetic Mellitus. It makes the sugar consumed by the individual dissolve in the blood instead of reviving as energy. Therefore, the sudden spike in the glucose level can cause significant harm to all parts, functions, and systems of the human body. In such a situation, it becomes imperative to measure sugar levels regularly.

The CGM technology-enabled wearable device like a BIOS is a rage these days as it removes the need to prick ourselves to monitor our blood glucose levels.

Instead, a CGM device helps you track sugar levels’ oscillation. So if you have been facing breathing difficulties and you experience it after food, maybe you should get your markers checked. However, that does not rule out breathlessness during other times.

Breathing and Blood Sugar – The Connection

Increased blood sugar can affect various body parts, including kidneys, hearts, and nerves. Besides these, it can also potentially impact the health of your lung health and how well you breathe.

The best way to help to restore your breathing ability is to engage in a healthy diet and proper exercise pattern. In addition, research shows that breathing aids the nervous system’s health, reduces stress, and even improves glucose management.

A report published in diabetes care has compared the people with either type 1 or type 2 diabetes and concludes that 8% have asthma, 22% have a higher risk of chronic obstructive pulmonary disease (COPD), and 54% are likely to develop pulmonary fibrosis. This condition interferes with breathing ability. In addition, some of them have been diagnosed with pneumonia.

How do Glucose Spikes Affect Your Respiratory System?

Experts say that high blood glucose levels narrow the blood vessels, decreasing the blood supply of available blood flow and oxygen. The shortness or the troubled way of breathing also arises when the high sugar level causes an accumulation of toxins in one’s blood and urine. Moreover, it can also weaken one’s immune system, increasing the high mortality rate. However, maintaining an ideal glucose level and a healthy body weight will reduce the risk for severe health ailments.

Diabetic Ketoacidosis is one of the severe complications caused by a high blood glucose level, accompanied by a high ketone level in the blood. The conditions cause potential symptom Kussmaul Breathing, that is rapid or laboured breathing which should get treated immediately.

A study shows kidney disease is one of the most common diabetic complications that affects around 40% of diabetic people. Over time, high blood glucose levels can cause shortness of breath, especially while climbing stairs or lifting weights.

It happens due to diabetic nephropathy, which leads to anaemia. In this condition, the blood lacks red blood cells to carry oxygen. Also, this will cause the body to struggle to supply sufficient oxygen to the muscles and leave the affected out of breath, even while performing simple activities.

OSA or Obstructive Sleep Apnea is when the individual experiences breathing difficulties while sleeping. Also, the throat muscles collapse inwards and eventually block the air passage. Whether the blockage is partial or complete, it will disrupt sleep quality.

Research has revealed that being overweight or obese and people who have diabetes are more likely to develop sleep apnea than others.

The Role of Breathing in Glycemic Control

A study has revealed that breathing in a controlled way has countless benefits for people with abnormal glucose levels. Incorporating breathing exercises in one’s daily routines may sound simple. Still, it has proven to have great benefits and effectively influences the control of blood glucose levels.

Research has proved that deep breathing and other techniques can resolve type 2 diabetes. In addition, when done correctly, these exercises can promote a better supply of oxygen to the body, encouraging overall functioning.

Moreover, people diagnosed with high blood sugar also have an increased level of oxidative stress, which can cause chronic damage. Aerobic breathing techniques can lower the stress level in the body by reducing the production of the stress hormone, known as cortisol.

Here are some significant advantages of proper deep inhalation and exhalation that benefit you in numerous ways, including,

Breathing is a part of your metabolic activities. When you breathe, you burn some calories, reducing glucose. At the same time, breathing affects your muscles positively and promotes healthy blood flow. Furthermore, it leads to better absorption of nutrients and minerals, which improve your immunity and promote better health.

Here we have compiled the benefits of breathing exercises in maintaining glucose levels and other lifestyle disorders that induce the condition.

Breathing triggers the response of the PNS, thereby improving the oxygen level by expanding the bronchioles in the lungs. This stimulation will prevent the action of SNS, effectively reversing insulin resistance and eventually decreasing blood glucose levels.

A study shows that people who practice comprehensive breathing for six months tend to diagnose with low blood glucose levels. It also improves the quality of life and lowers the risk of cardiac neuropathy.

A study published in the International Journal of Biomedical Research shows that breathing exercise reduces weight and BMI. While performing breathing exercises will fill the lungs with a fresh oxygen supply that will enhance the oxygenation of body cells. Also, this will help one burn the excess fat, reduce the Body Mass Index, and aids in diabetes management.

Nonetheless, breathing exercises can nullify the effect of catecholamine. It is a neurotransmitter responsible for oxidative stress. It also promotes a relaxing effect on the mind and relieves stress.

Stress and sleep disruption can increase the risk of developing a pre-diabetic condition and aggravate the condition’s complications. However, regular breathing exercises have numerous benefits besides regulating blood glucose levels.

It can significantly enhance the production of the sleep-inducing hormone melatonin and increase the production of serotonin and other positive endorphins. As a result, they improve mood, ultimately enhancing the quality of life in everyone, including people with diabetes.

Lung dysfunction is a common complication of diabetes that causes insulin resistance and increases blood sugar levels. A study shows that practising breathing exercises for 15 minutes a day increases the strength of the lungs. In addition, it helps improve vital capacity, expiratory flow rate, voluntary ventilation, and expiratory volume.

A recent study has reported that breathing exercises can help maintain glucose levels among different verticals, bringing insulin levels back to normal. It also prevents the complications attributed to elevated blood glucose levels.

The mindful practice of consistent breathing, through actively controlling the length and depth of your inhalation and exhalation, significantly affects one’s emotional and physical state of the individual. In addition, maintaining the volume of oxygen one takes in and the level of carbon dioxide expels will alter the hormones and metabolic process.

Here we have listed the simple yet effective breathing exercises to help you manage your blood glucose level. Remember to put your mind at ease and get comfortable before starting the exercise.

Diaphragmatic breathing focuses on strengthening the diaphragm and enables one to promote efficient breathing. With this, the diaphragm can bring in more oxygen, ultimately nourishing the brain and the muscles. The steps included in the breathing process are,

Coherent breathing, also known as Resonant Breathing, is a slow breathing technique that involves six breaths per minute. This pattern of slowing down the breathing rate will alter the autonomic nervous system, including blood glucose and heart rate. Studies show that this will change the brain’s activity, decrease stress, and maintain insulin secretion.

Here are the steps to practice this breathing exercise,

Buteyko Breathing is one of the most advanced breathing techniques that can significantly benefit the management of optimal blood sugar levels. Below are the steps to practice the Buteyko method,

Research has reported that people with increased blood sugar levels increase the chances of nerve damage due to the inactivity of blood vessels. Alternate Nose Breathing is also known as Anulom Vilom. It is one of the deep breathing techniques that improve the circulation of oxygenated blood in the head of diabetic people, promoting neuronal activities.

Follow the steps to try alternate nose breathing at home.

According to the survey, there is a rise in the incidences and complications of having high blood sugar. However, experts said the condition could be managed effectively by following a few steps and preventive measures.

Being diabetic can induce the onset of various chronic diseases such as coronary heart condition, diabetic neuropathy, and more. However, with the right routines and the inclusion of proper plans, you can master your diabetic health, resulting in the correction and betterment of overall health. Furthermore, breathing induces the supply of oxygenated blood, which regulates the blood glucose level to the normal range.

As per estimates, around 425 million people are currently living with diabetes. Nonetheless, research has shown that regular and gentle breathing practice and conventional lifestyle modifications can effectively help manage the spike in glucose levels.

Simply put, breathing exercise is associated with increased metabolism, management, reduction, and elimination of diabetes and prevention of other related complications.