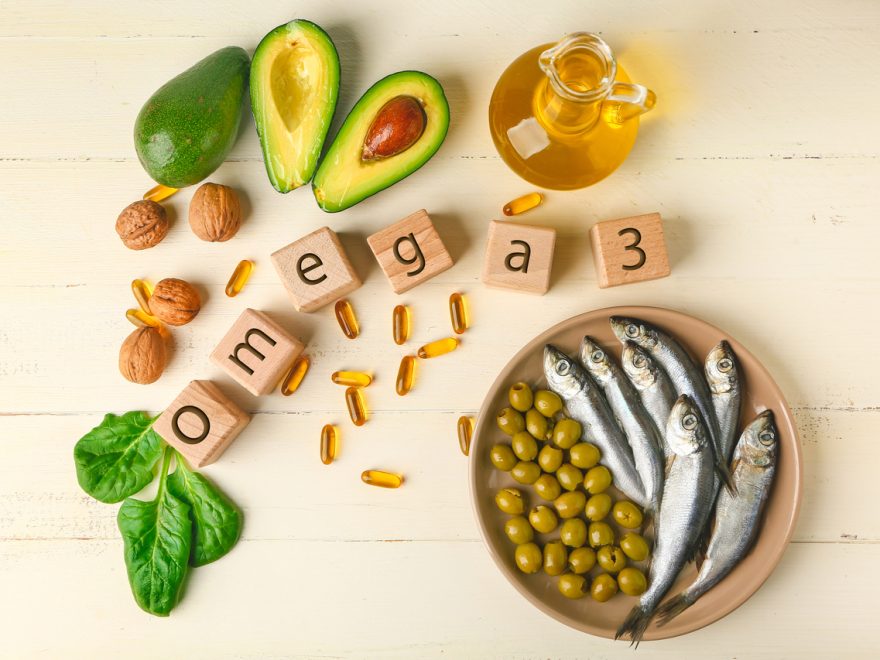 For a long time, dietary fats had a bad ‘health’ reputation, where people believed that fats lead to weight gain. However, certain fats facilitate various processes and optimal body functioning. It may even aid one’s weight loss journey by boosting metabolic health. One such necessary fat is Omega-3-fatty acids.

Omega-3 fatty acids are essential to the body cells and function crucial to metabolic fitness. However, it turns out that most individuals aren’t getting enough omega-3s. But why? That’s because most are probably unaware of why omega-3 is necessary or how to obtain it.

The human body can produce major lipids it requires from other fats or basic components. However, the concept does not apply to omega-3 fatty acids (omega-3 fats). This necessary fat cannot be produced by the human body on its own and thus can only be obtained. You find it in fish, vegetable oils, nuts (particularly walnuts), flax seeds, flaxseed oil, and walnuts are all abundant in Omega-3. HealthifyPro 2.0, an intelligent diagnostics integrated with CGM-based BIOS, a smart scale, and personalised advice from nutritionists, helps you consume a balanced diet with Omega-3-fats.

Omega-3-fatty acids are a type of polyunsaturated fat and one of the key building blocks for cell membranes. They are known for their protective and predominant role in preventing several chronic diseases. These essential fatty acids also play a significant role in brain function and an individual’s overall development.

Omega-3 fatty acids act as the building blocks of all lipids. In turn, fats are substances necessary for constructing every cell in the body and play a significant role in keeping you fit and healthy. They also serve as signalling precursors, allowing cellular function, and even contribute to the oil on your skin.

The human body needs all forms of these fatty acids to function efficiently. The liver can synthesise fatty acids from source components obtained elsewhere in your diet. However, two polyunsaturated fats, omega-3 alpha-linolenic fatty acid (ALA) and omega-6 fatty linoleic acid (LA) are the”essential” ones. Essential implies that the body cannot produce them on its own. That’s why it’s critical to obtain enough of each via your diet.

As per research, Omega-3s are commonly referred to as “healthy fats” since they protect against insulin resistance and artery plaque development. In addition, omega-3s are an essential component of all cell membranes and are abundant in specific tissues.

Metabolic Health and Its Importance

Metabolic health indicates how well our bodies create and utilise energy. It is the collection of biological systems that generate power from our diet and environment to fuel every cell in the body. We have optimal metabolic health when these energy-producing pathways work smoothly. Since all cells in the body require energy to operate, metabolic health plays a pivotal role in maintaining overall health.

The Effects of Omega 3s on Metabolic Health

The human body utilises temporal immunity to combat disease, but persistent low-grade inflammation is a characteristic of metabolic syndrome. It is also the underlying cause of various ailments, including cardiovascular disease, cancer, and neurological disorders. Omega-3s fight inflammation in multiple ways keeping pro-inflammatory cytokines at bay and encouraging the creation of anti-inflammatory markers.

Although omega-3s are involved in multiple pathways that affect insulin sensitivity, their practical impact on insulin in humans is yet unknown. Also, much of the research in this area is in progress on small studies or animal models.

Several studies explain how omega-3 fatty acids influence insulin sensitivity. One is that omega-3 fatty acids counteract the inflammatory impact of the amino acid homocysteine. As a result, it is significant in insulin resistance and is present in high quantities in Type 2 diabetics. As a result, insulin resistance raises your chances of getting prediabetes or type 2 diabetes.

As per research, another method is that omega-3 fatty acids act on the endoplasmic reticulum (ER), the region of the cell that works on the synthesis of proteins. Diabetes is associated directly with ER stress, a disease in which the ER cannot fold proteins appropriately. ER stress triggers the inflammatory pathways that prevent insulin from regulating.

Two meta-analyses investigating the efficacy of omega-3 supplementation on metabolic indicators in people with diabetes discovered no effect on glucose management. However, both had lower triglyceride levels, which is essential for metabolic health.

Reduces the Risk of Cardiovascular Disease

Although omega-3 fatty acids are known for their capacity to decrease LDL cholesterol, the effects of EPA and DHA on cholesterol levels are not entirely known.

EPA and DHA can boost the function of lipoprotein lipase, an enzyme that breaks down triglycerides. They also reduce the quantity of pro-inflammatory cytokines in the artery wall, which helps to prevent plaque development.

Studies have revealed that EPA and DHA can “reprogram” the metabolism of triglyceride-rich lipoproteins (TRLs), changing the way cells utilise energy. Triglycerides move between tissues via these lipoproteins. Also, increased TRL can lead to heart disease. Therefore, maintaining them may be another way omega-3s decrease inflammation and prevent plaque buildup on arterial walls.

A study has unveiled the link between omega-3s and brain health. Low consumption of these fats induces the risk of developing dementia and cognitive decline. Omega-3-fatty acids are crucial in treating Alzheimer’s disease with their neuroprotective properties.

Bipolar disorder, or manic depression, is a complex and debilitating condition. Omega-3-fats might assist individuals with the disease by stabilising their moods. The research analyses the link between omega-3s and schizophrenia, with positive results, at the early stage of the condition.

No substantial evidence exists that Omega-3-fatty acids can treat dementia or other severe brain-related disorders. Nevertheless, intake of higher omega-3s is effective in maintaining the brain’s healthy functioning and stabilising the positive mental health condition for as long as possible.

Omega-3 fatty acids play a prominent and positive role in brain function. Even though EPA is not prevalent in the brain, it quickly penetrates the blood-brain barrier as a free fatty acid. Low EPA levels in the blood can induce depression, one potential reason being that they help keep inflammation at bay, as per research.

One meta-analysis discovered that a daily dose of one gram or fewer of omega-3s containing at least 60% EPA could reduce depression, possibly due to its capacity to suppress pro-inflammatory cytokines.

According to research, Omega-3 fatty acids are neuroprotective. This means it can help keep neurons and communication channels in the brain healthy. They also have a developmental impact on the infant and toddler brains. One research, for example, discovered that children whose mothers ate more fish during pregnancy had greater cognitive abilities.

How Much Omega 3s Do You Need Daily?

The NIH recommends that males consume at least 1.6 grams of ALA per day while women consume 1.1 grams. The USDA Dietary Guidelines recommend consuming an average of 250 mg combined EPA and DHA daily.

Our bodies do not utilise all omega-3 fatty acids in the same manner, and understanding the variances is critical when deciding how to obtain them. Whether you receive your omega-3s from fish, fish oil supplements, or omega-3-fortified meals, studies indicate that increasing your exposure to these fatty acids can contribute to quantifiable modifications in the make-up of omega-3s in your cellular membranes within days. However, specific sources are higher in bioavailable omega-3s (the form that the body can efficiently utilise) than others.

Coldwater fish are the most abundant source of accessible EPA and DHA, but quantities vary significantly between species. Farmed Atlantic salmon ranks first, with around 1.24 grams of DHA and 0.59 grams of EPA every 3 ounces. In addition, pink salmon, oysters, rainbow trout, and seabass are high in EPA and DHA. Quality eggs (pasture-raised) can also provide EPA.

Read this article to learn about the best fish to eat and avoid.

Fish Oil and Other Oils

ALA is present in flaxseed oil. Chia seeds offer more than 5 grams of ALA per ounce. Edamame has around 0.3 grams of ALA per half-cup, whereas black walnuts have approximately 0.76 grams per ounce. Supplements containing fish oil generally include 30%-50% omega-3s by weight. One of the most excellent methods to limit omega-6s is to avoid processed meals, particularly those made with oil. Replace refined seed and vegetable oils with omega-3-rich oils like flaxseed oil.

Beef, pig, and chicken all contain trace levels of omega-3 fatty acids. Even if you don’t consume meat, plant-based meals, particularly those from the sea, can provide enough omega-3s. Some seaweeds, such as Calliblepharis Jubata and Undaria Pinnatifida, are high in EPA and DHA while simultaneously having a low omega-6 to omega-3 ratio.

Omega-3 fatty acids are a crucial facet of our cells and play a role in various metabolically vital functions. They are essential for good metabolic health because they can decrease inflammation and, to some extent, promote insulin resistance. Moreover, considering the current research on this fat, it is safe to say they hold a potential part in everyone’s diet, especially for those trying to lose excess weight. Regular consumption of these critical fats will keep diseases and disorders at bay and enhance your body’s metabolic processes.

Omega-3-fats should be obtained from the diet alone since the human body cannot generate them. Omega-3 is plentiful in fish, vegetable oils, nuts, flax seeds, flaxseed oil, and walnuts.