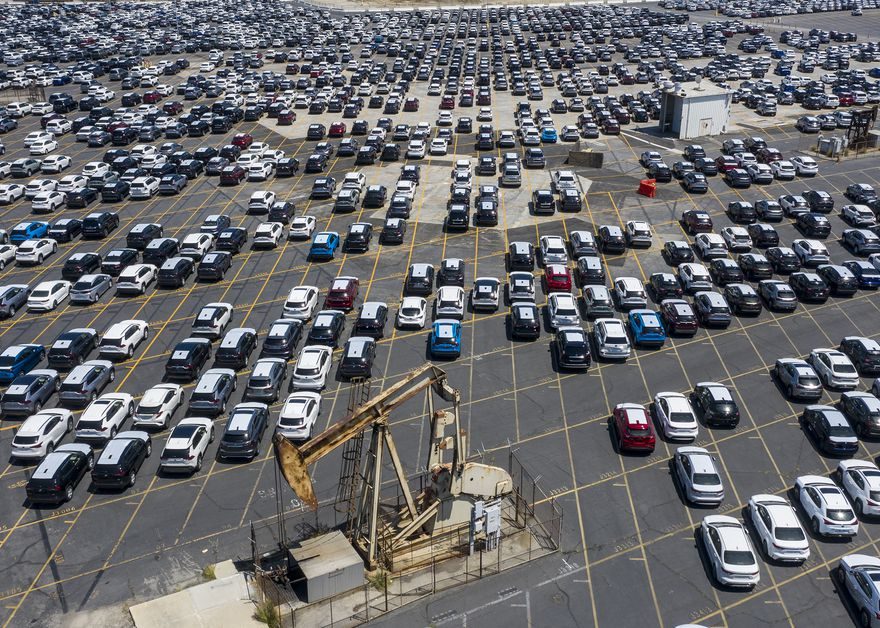 A major shift to electric vehicles and a clean power grid in the US could save tens of thousands of lives over the next few decades, according to a new report by the American Lung Association.

The drop in pollution from tailpipes and power plants would prevent up to 110,000 premature deaths by 2050, the report projects. It would also avoid 2.78 million asthma attacks and 13.4 million lost workdays. All in all, that would amount to $1.2 trillion in public health benefits.

That’s assuming all new passenger cars sold in the US are EVs by 2035 and all new heavy-duty vehicles sold are electric by 2040. What’s more, those vehicles would need to be powered by a fossil fuel-free grid. But replacing the vast majority of the nation’s roughly 280 million cars and trucks on the road with electric vehicles in such a short timeframe remains virtually impossible. Just under 3 percent of new vehicles purchased in the US in 2021 are electric, despite their growing popularity.

“I can’t ensure that they have clean, healthy air to breathe — and that is incredibly frustrating to me”

Regardless, the health advocates say a safe environment should be non-negotiable. “I can advise [my patients] to limit their time spent outside to limit the pollution they are breathing; I can’t ensure that they have clean, healthy air to breathe — and that is incredibly frustrating to me,” Afif El-Hasan, a pediatrician and American Lung Association volunteer, said on a press call. “It should be a right of every child to play and develop somewhere safe. That should not be up for debate ever.”

More than four in 10 Americans live in a place with unhealthy levels of air pollution, according to the American Lung Association. Breathing in that pollution has been tied to cancer, heart attacks, strokes, and lung diseases. It can lead to impaired lung development in children, which can then affect them throughout their lives. Americans of color are also disproportionately burdened by air pollution, according to the American Lung Association; they’re three times more likely to be breathing the worst air pollution compared to white Americans.

For its new report, the American Lung Association looked at how phasing out fossil fuel combustion from the transportation and power sectors would limit key pollutants. That includes soot, smog-forming nitrogen oxides and volatile organic compounds, and sulfur dioxide coming from tailpipes and smokestacks.

The report authors also studied another type of pollution that often flies under the radar and which electric vehicles are still responsible for: non-exhaust emissions. That includes particles that enter the air from the wear-and-tear of roads and vehicles, say from tires or brake pads. The persistence of this type of pollution shows why better public transportation and more walkable cities — to reduce reliance on driving — are also important for a healthier future.

The report also points out health benefits from cutting down greenhouse gas emissions that drive climate change. A warming climate affects air quality by speeding up the chemical reaction that produces smog and exacerbating pollution from wildfires. E-bikes, scooters, and other light electric vehicles can also significantly cut down greenhouse gas pollution when they replace cars, according to a recent industry-commissioned report produced by the German Aerospace Center.

In the US, President Joe Biden has set a goal of getting half of all new cars sold in the US by 2030 to be electric or hybrid vehicles. Earlier this month, the Environmental Protection Agency proposed new regulation specifically aimed at slashing pollution from trucks. The Biden administration’s climate goals also include achieving a clean power sector by 2035. Phasing out fossil fuels from the power grid is essential for cleaning up transportation, the American Lung Association report highlights. And while many of these efforts remain aspirations for the future, pollution continues to take its toll on people’s health now.