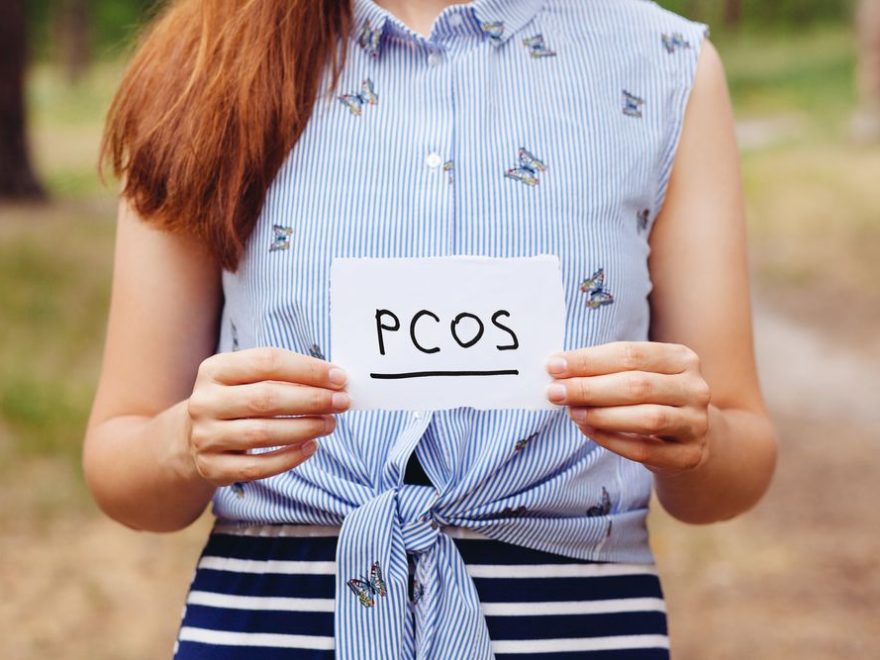 PCOS affects women more particularly during their child-bearing age. This hormonal imbalance causes women to miss menstrual periods, making it difficult to conceive. It can also lead to long-term health issues like diabetes and heart disease.

Postmenopausal women with PCOS, especially those with diabetes, are at a high risk of developing a clinical cardiac disease. What’s surprising is that 70 per cent of women who have PCOS are not aware of the issue until it comes out as a life-altering truth. This article talks about the symptoms, causes and other related aspects to help females identify PCOS and take measures that can help them.

There are a number of symptoms that indicate that a woman has been affected by PCOS. Let us look at a few of them.

Some women even experience lighter bleeding during their cycles, which is because of the lack of ovulation that prevents shedding by their uterine lining.

Late periods can cause heavy bleeding. When a woman has a late period, the lining of her uterus takes longer to form and becomes thicker than in a regular period. As a result, whenever a woman with PCOS has periods, she has more bleeding and more periods than usual.

Due to the predominance of male hormones, those affected by PCOS have oilier skin than that normal women. This can lead to breakouts on their chest, face, and upper back.

Nearly 80 per cent of the women affected by PCOS are either overweight or worse, obese. This is because of the imbalance of insulin levels.

If you’re suffering from PCOS, your body will over-produce insulin in an attempt to maintain a normal blood sugar level, and this frequently leads to more androgen (male hormones) production and subsequent weight gain.

Women affected by PCOS lose hair due to the high levels of androgen. In fact, their baldness will be similar to that of males such as receding frontal hairline or thinning of the scalp.

6. The darkness of the skin

The high level of insulin in the blood of women suffering can sometimes cause patches of darkened skin on the back of the neck, under the arms, and in the groin region.

Are these symptoms conclusive evidence to prove that a woman has been affected by PCOS?

People cannot come to a straightforward conclusion that women with the above symptoms have been affected by PCOS. But even if the doctors have confirmed PCOS, women need not give up hope because there are very good treatments for the problem. Of course, affected women should make some changes in their lifestyle and follow the PCOS diet plan. If they consistently follow the PCOS diet and exercise meticulously, they can overcome the issue and lead a healthy life.

There are various factors that may cause a woman’s body to produce excess male hormone and thus cause hormonal imbalance leading to PCOS. Let’s delve into the top 3 factors that cause PCOS separately

Several studies have been conducted to prove that PCOS is a genetic disorder. The findings reveal that if the mother or grandmother has had PCOS the daughter or granddaughter is also likely to be affected by it.

However, it must be noted that it is not a single gene that can be held responsible for PCOS. A number of genes work together for this condition.

The reason is that the body cells of women affected by PCOS do not use insulin properly. If insulin, a hormone secreted by the pancreas, does not help the body use the sugar in the foods they consume, their body will always be in need of insulin. Therefore, the pancreas will over-work and secrete more amount of insulin.

Due to this extra insulin, ovaries produce higher amounts of male hormones that dominate the body, thereby causing severe symptoms and finally resulting in PCOS. Overweight or obesity is yet another factor that may cause insulin resistance.

What foods must women with PCOS add to their diet?

Women affected by PCOS should add liberal amounts of high-fibre foods to their diet. High-fibre foods will help in overcoming the problem of insulin resistance also by retarding the digestion process and reducing the negative effects of sugar on the system.

Some of the high-fibre foods they can eat in abundant quantities are cruciferous vegetables like broccoli, cauliflower, greens that include spinach, lettuce, green and red peppers; beans, lentils, berries, squash, sweet potatoes, and pumpkins.

Lean protein items such as chicken, tofu, and fish may not provide affected women with good amounts of fibre, but women who eat these items can feel full. Hence, these foods can be great dietary options for women affected by PCOS.

They should also opt for anti-inflammatory spices and foods such as tomatoes, turmeric, etc. A few other foods that can reduce inflammation in them are kale, almonds, walnuts, and olive oil.

Fruits like strawberries and blueberries can be beneficial and can reduce inflammation as well. Food items that can supply a good amount of omega-3 fatty acids can also be beneficial for affected women. Some examples of such foods are fish like sardines, salmon and mackerel.

In general, people on a PCOS diet should avoid foods that are widely considered unhealthy. These are some examples:

These foods will increase insulin resistance leading to the problems mentioned above. Therefore, affected women should try to avoid or restrict eating these items to a considerable extent

Given below are a few tips that women affected by PCOS can follow.

Given below is a diet plan that women affected with PCOS can follow:

Lifestyle Modifications For Women With PCOS

To summarize, women who have been affected by PCOS can combat this issue and lead a healthy and normal life by following the right diet plan meticulously and by making a few changes to their lifestyle. In short, their life should be a package of all good things.

A. PCOS can be reduced by conscious dietary and lifestyle modifications. Make sure to eat a well-balanced breakfast excluding high carbohydrates or inflammation-causing ingredients.  Split large meals into smaller portions and eat every two hours. Eat slowly to reduce the chances of insulin resistance. Have your dinner at least 2 hours before bed. Do at least 30 mins of physical activity every day and get sufficient sleep.

2. How can I solve PCOS naturally?

PCOS is caused by hormonal imbalances in the body and can be naturally restrained. Diet is one of the most important factors to help get rid of PCOS symptoms. Never skip breakfast and ensure it’s nutritious. Avoid all kinds of foods that may cause insulin spikes or inflammation. Chew your food thoroughly for improved digestion and weight management. Eat smaller meals every two hours instead of three large ones. Get proper sleep and avoid stress. Engage in physical activities for weight and stress management.

3. Can PCOS be controlled?

Yes, PCOS can be largely controlled. All you have to do is keep a check on what you eat and how it affects your body. Avoid refined carbohydrates such as mass-produced pastries and white bread, fried foods, including fast food Sodas and energy drinks and other sugary beverages should be off your list. All these foods cause insulin resistance and worsen the condition of PCOS.  Consumption of red meat inflammation, such as steaks, hamburgers, and pork should also be kept in moderation.

4. What exercise is best for PCOS?

Moderate exercise benefits women with PCOS immensely. For example, walking 30 minutes 3 days a week can help you lose weight and manage your insulin level. Practising moderate exercise routines gets your heart pumping at around 50 to 70% of your maximal heart rate. Walking, riding a bicycle, dancing, or taking an aerobics class would be best. If you are short on time, investing in a mat and a pair of well-cushioned shoes will help you engage in spot jogging in the comfort of your home.

6. What is the best age to get pregnant with PCOS?

Women with PCOS have been observed to experience a delayed reduction in their fertility level as compared to the others. Given this, the most fertile years for a female with PCOS are roughly between 22-40 of age.

7. Can PCOS be cured with exercise?

Exercise alone will not treat PCOS, but when accompanied by a diet rich in proteins, minerals, vitamins, and calcium, it can help you lose weight in a healthy way. Losing even a little percentage of your body weight can help reduce your PCOS risk.

8. Can PCOS go away with weight loss?

9. Can I lose weight with PCOS?

Yes, you can lose weight with PCOS. Even though the result may be slightly delayed  as compared to those who aren’t, consistency is the key. Furthermore, losing weight while suffering from PCOS benefits its symptoms and creates a positive feedback loop wherein the body’s insulin sensitivity and hormonal balance improve.

Regular yoga practice may help to alleviate PCOS symptoms. Performing yoga lowers the levels of male hormones in the female body. Weight gain is a factor responsible for PCOS. Yoga aids in weight reduction by boosting metabolic processes. It enhances the BMR in the body and stimulates calorie burning in the body. Additionally, it reduced PCOS-induced stress, anxiety and depression. It reduces pressure by stimulating de-stressing hormones and relaxing the body. Reducing stress hormones reduces oxidative stress in the body.

11. What fruits are good for PCOS?

Bananas are abundant in potassium and low in sugar, making them ideal for those with PCOS. Hyperinsulinemia can be a problem for those with Polycystic Ovary Syndrome, thus foods with a good balance of protein and carbs, such as bananas, can assist.

13. How do you get periods if you have PCOS?

Those with PCOS generally have irregular or infrequent periods. This needs to be corrected, and one of the key ways is following the ‘seed cycling’ method. Consuming 1 tsp of seeds like sesame seeds, pumpkin seeds, sunflower seeds, flax seeds and chia seeds should be consumed alternatively to help better the hormone balance thus the frequency and regularity of periods

No coffee is not advisable for those suffering from PCOS. It can disturb the already imbalanced hormonal levels and even interfere with the nutrient absorption capacity of the body.