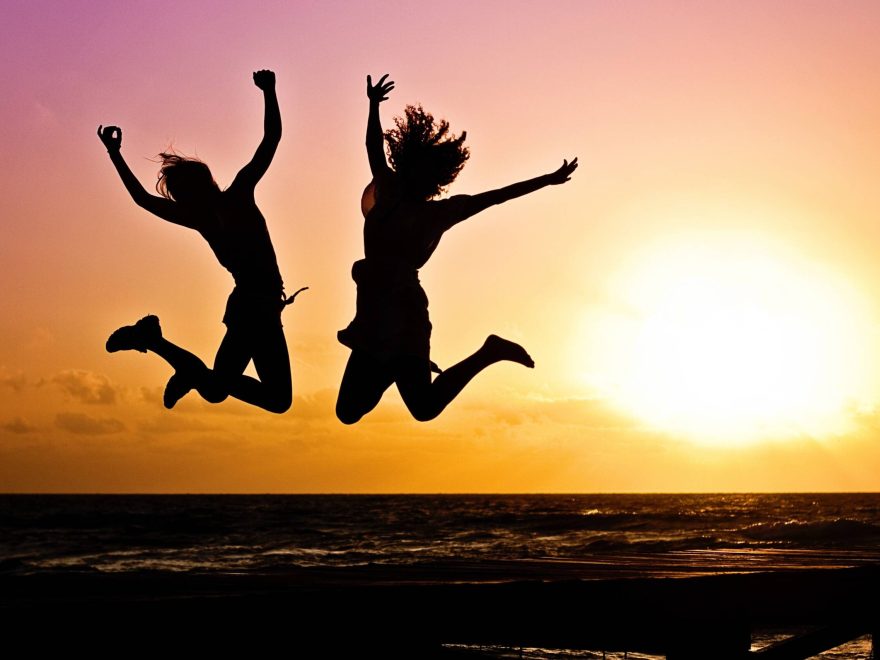 Serotonin is a neurotransmitter that communicates between nerve cells in the brain and other cells throughout the body. Mood, sleep, digestion, nausea, wound healing, bone health, blood coagulation, and sexual desire are just a few of the bodily processes that it is essential for. Conversely, physical and mental health issues might result from serotonin levels that are either high or too low.

Serotonin deficiency can reverse by changing diet, activity levels and exposure to sun-rays. If any symptoms of depression or anxiety persist, you can talk to your wellness and mental-health coach from HealthifyMe. Several types of depression-like Undermethylated, Pyrrole, are linked to serotonin deficiency. A simple blood test can determine and cure it with proper supplementation and medication.

The series of cellular processes collectively known as metabolism generates energy from food and the environment to fuel every bodily function. Our metabolic health refers to how well our bodies produce and use energy.

Serotonin and Metabolic Health: The Connection

A monoamine neurotransmitter, serotonin is also known as 5-hydroxytryptamine (5-HT). Serotonin, which is also a hormone, sends and receives signals between nerve cells in the central nervous system of your brain and other parts of your body (your peripheral nervous system). The body gets instructions on how to function from these chemical messengers.

The body uses serotonin in various ways to control hunger, body temperature, sleep patterns, and sexual activity. It also affects learning, memory, and happiness. Low serotonin levels also cause depression, anxiety, mania, and other mental illnesses. Tryptophan, a vital amino acid, is used to make serotonin. Our body cannot produce tryptophan on its own and thus you can only get it by eating certain foods which we will discuss later.

The cells lining of your digestive tract, intestines, in particular,  have about 90% of your body’s serotonin. It disperses into the bloodstream, and then the platelets take it up. Your brain only produces the remaining 10% of the total. Of this 10 per cent, only a tiny portion of serotonin, roughly 2% stays in the brain and central nervous system while the rest mixes with the blood as well.

Even though the percentage is low, this 2% that stays in the brain is of critical importance and plays a pivotal role in illnesses connected to mood. A drop in this level can lead to problems with sleep and bowel movements as well.

It is involved in a wide range of bodily processes, including:

Serotonin is a brain chemical that controls mood. It is popularly known as your body’s inborn ‘feel-good’ chemical. When its levels are normal, you feel more focused, emotionally stable, joyful, and tranquil. Depression gets linked to low serotonin levels. Increasing the serotonin in your brain is a common goal of many drugs used to treat anxiety, depression, and other mood disorders.

Most of the serotonin in your body is in your GI tract, which plays a role in protecting your gut and controlling bowel movements. As a result, your gut can release more serotonin, which hastens digestion and helps your body eliminate unpleasant meals and harmful items. Additionally, serotonin enables you to feel fuller after meals.

When serotonin is released into your intestines more quickly than it can be absorbed, nausea occurs. As a result, your brain receives the chemical signal, which you experience as nausea. Numerous medications used to lessen nausea and vomiting target particular serotonin receptors in the brain.

Serotonin and the neurotransmitter dopamine contribute to sleep quality (how well and how long you sleep). Serotonin also plays a part in the making of Melatonin, a hormone that controls your sleep-wake cycle.

Bone density gets influenced by serotonin levels, which may impact our overall bone health. Insufficient serotonin in the gut may contribute to osteoporosis and bone fractures by weakening bones.

Serotonin and the neurotransmitter dopamine are involved in the desire for sex, which is related to sexual wellness.

Serotonin levels in the blood typically range from 101-283 nanograms per millilitre (ng/mL). However, a few testing conditions may cause this standard to deviate slightly. It is advisable to discuss specific test results with your doctor. Excessive serotonin levels could indicate carcinoid syndrome (tumours of the small intestine, appendix and colon).

We have a good mood throughout the day and sleep soundly at night when serotonin levels are at their highest. Conversely, our self-confidence suffers when serotonin levels are low as it maintains the balance between the right and left hemispheres of the brain. A disbalance in this equilibrium will cause a disconnection between logic and creativity on the left and right sides of the brain which will result in a poor mood, depression, and difficulty falling asleep.

Cause of an Imbalance in Serotonin Levels

A low serotonin level usually has more than one cause such as:

Intake of various drugs and supplements such as neurotransmitter inhibitors, antidepressants, anti-migraine medication, certain herbs and illicit drugs cause a high level of Serotonin in the body.

Excess serotonin in the body causes Serotonin syndrome. Symptoms of this syndrome typically appear several hours after taking a new medication or increasing the dosage of the one you already take.

Low levels of serotonin may be associated with many health conditions, including:

High levels of serotonin are associated with serotonin syndrome, which includes:

Serotonin syndrome can be fatal. Signs include:

Serotonin and Its Relation With Your Metabolic Health?

Under normal circumstances, serotonin regulates the release of insulin, the most significant hormone in regulating blood glucose levels in humans and animals. According to a study, there is a direct association between serotonin, blood glucose and insulin levels.  Although the precise mechanism is still unclear, evidence indicates that serotonin may play a crucial part in controlling the release of insulin and glucagon, the two primary hormones that regulate glucose and lipid homoeostasis, enhancing insulin sensitivity and metabolism.

The natural appetite suppressor is serotonin. This potent brain chemical suppresses hunger and lowers cravings. Even if your stomach is not full, it helps you feel content. Eating less, as a result, leads to weight loss. This potent chemical in the brain can help you lose weight by reducing cravings and suppressing your appetite.

According to research, serotonin is a naturally occurring vasoactive substance with many cardio-physiological effects. For example, a less active serotonin system in the brain gets linked to early artery hardening. High blood pressure, cholesterol, obesity, diabetes, smoking, and lack of exercise are a few of the well-known risk factors for heart disease and stroke that can, to some extent, influence our lifestyle decisions.

According to research, the gut microbiome aids in serotonin production. This production may be affected when the microbiome, or the entirety of the gut bacteria, is disturbed by stress, illness, food, or other factors. This study shows that metabolic syndrome is related to reduced central serotonergic activity.

The following are ways to regulate serotonin levels.

Tryptophan, an amino acid that makes serotonin, is found in various foods. However, tryptophan-rich diets do not necessarily increase serotonin levels on their own. Your body needs carbohydrates to release insulin vital for amino acid absorption. Even if tryptophan does enter your bloodstream, it will have to outcompete other amino acids to reach your brain. Foods that contain tryptophan in abundance are

According to research, serotonin tends to be higher in the summer and fall and decreases after the winter. The known effect of serotonin on mood lends evidence to a connection between this finding and the occurrence of seasonal affective disorder and seasonal mental health issues. In addition, studies suggest that your body may produce serotonin when exposed to sunlight.

Some people may develop seasonal affective disorder if they don’t get enough sunlight. To increase serotonin and vitamin D levels, try to receive 10 to 15 minutes of sunlight per day. Consider adopting light therapy to obtain the necessary daily sunlight if you live where you can’t get it naturally.

By raising tryptophan levels, some dietary supplements may aid in accelerating the synthesis and release of serotonin.

Exercising releases tryptophan in your blood. It may also result in a reduction in the production of other amino acids. Due to this favourable environment, more tryptophan will have an easier time getting to your brain. Serotonin levels rise with regular exercise. Heart health and mood disorders can improve with thirty minutes of aerobic activity five times per week combined with two strength-training sessions.

Other beneficial aerobic activities include:

Stress can reduce with meditation, which raises serotonin levels. Meditation has many health advantages, including the potential to raise serotonin levels, maintain cognitive function, and stave off dementia.

A Serotonin imbalance can significantly affect your metabolic health. Hence, it is best to take preventive measures to ensure its levels are balanced. However, if you have a serotonin imbalance, you should eat foods rich in tryptophan, indulge in aerobic exercises and practice meditation. You may also take supplements if your doctor suggests so.

A particular class of neurotransmitters called serotonin aids mood and emotion regulation. The entire body gets impacted by its levels. It is in charge of many crucial processes that help us get through the day. However, your mental, physical, and emotional health may suffer if your levels are out of balance.

When you experience happiness or contentment, serotonin, the brain’s “happy hormone,” is released. It regulates the release of other neurotransmitters like dopamine, which can provide euphoric experiences. By encouraging serotonin-melatonin signalling throughout the brain, serotonin also aids in improving the quality of sleep. Your mood and even your appetite may suffer when its level falls. A serotonin imbalance may occasionally indicate more significant issues. It’s crucial to pay attention to your body and discuss any concerns with your doctor.