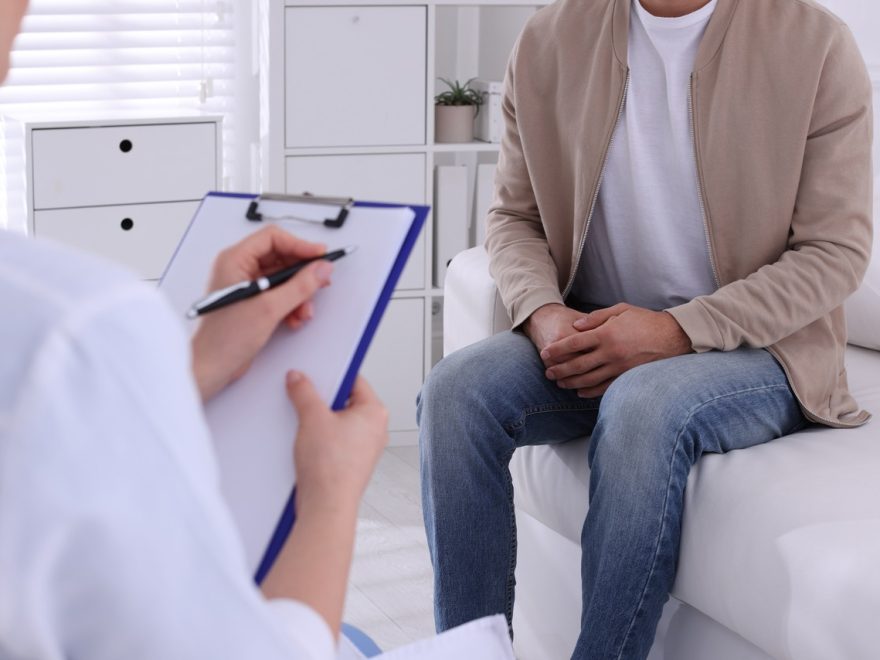 Some STIs are harmless, but others can cause serious complications if left untreated. HIV, for example, has multiple routes of transmission. This STI, for example, can spread through the use of contaminated drug needles as well as sexual contact. STIs can affect anyone, regardless of sexual orientation or hygiene practices. Many STIs can also be transmitted via non-penetrative sexual activity.

According to WHO, every day, around 1 million STIs are acquired around the globe. They also predict 374 million cases of infections with one of four STIs in 2020: chlamydia (129 million), gonorrhoea (82 million), syphilis (7.1 million), and trichomoniasis (156 million).

The numbers are alarming but these diseases can be prevented. Learn about some STIs, how to prevent them, and when to seek medical attention.

The Various Causes of STD

STDs or STIs can be caused by:

Bacteria:  Syphilis, Gonorrhea, and Chlamydia are some of the STIs that are caused by bacteria.

Parasites: Trichomoniasis is an STI caused by a parasite.

Other kinds of infections: hepatitis A, B, and C viruses, shigella infection, and giardia infection. They can be spread through sexual activity, but it’s possible to be infected without sexual contact.

Anyone who engages in sexual activity runs the risk of contracting an STD or STI. The following factors may increase the risk:

A variety of microorganisms can cause upper female reproductive tract pelvic inflammatory disease. Chlamydia trachomatis and Neisseria gonorrhoea are the two most common pathogens, accounting for four out of every five cases.

PID caused by chlamydia infection usually has mild or no symptoms, but it should be treated as soon as possible. Otherwise, it can inflame and scar the ovaries and fallopian tubes, just like other types of PID. Furthermore, because PID affects the fallopian tubes, where conception occurs, the female may experience lower abdominal pain. In other words, sterility may be the end result of PID.

AIDS is caused by the human immunodeficiency virus (HIV), spread through unprotected sexual contact with an infected person or by injecting drugs with a contaminated needle. It can also be transmitted through intravenous drug use. In addition, it can also be transmitted through blood, blood products, needles, or other sharp instruments contaminated with infected body fluids or blood.

When HIV microorganisms enter the bloodstream, they abduct a type of white blood cell known as T-helper lymphocytes (also known as CD4 cells, T cells, or helper-Ts). T-cells in a healthy immune system work together to help the body defend itself against diseases. However, the hijacked T-cells are forced to replicate HIV in large numbers. If left untreated, helper T cells produce large amounts of HIV, depleting the number of normal helper-T cells in the bloodstream and making the individual vulnerable to the AIDS-defining illness.

The five most common are as follows:

When the immune system is functioning properly, opportunistic illnesses pose little threat; however, when the body’s defenses are compromised, as in AIDS, they seize the opportunity to wreak havoc.

However, for the first ten years of the AIDS crisis, the disease was a virtual death sentence for most of those who contracted it. Few people live for more than two years on average. Today, however, there are many different types of HIV medications available. While HIV remains incurable, good medication adherence can allow those infected to live long and productive lives without developing AIDS.

The urethra (bladder opening) or the cervix is where gonorrhoea usually begins. The rapidly proliferating Neisseria gonorrhoeae bacterium, on the other hand, can migrate to the uterus and fallopian tubes, causing pelvic inflammatory disease (PID). The infection, like chlamydia, can affect the rectum.

Chlamydia, the most common bacterial STI, is caused by the Chlamydia trachomatis bacterium, which can infect the urethra and cervix (uterus opening). It is common among adolescents aged fifteen to nineteen. The disease is easily treated, but, like other sexually transmitted infections, chlamydia is often silent and thus goes undiagnosed until it has progressed to a more serious stage.

Three out of every four women and one out of every two men have no symptoms. Hence, by the time a girl seeks medical attention, the disease has progressed to pelvic inflammatory disease (PID, as described above), a major cause of female infertility and pelvic pain in 40% of cases.

The symptoms begin to appear one to three weeks after exposure.

Herpes simplex viruses, which cause genital herpes, are classified into two types. Also, herpes simplex 2 is commonly found on or around the vagina, penis, anus, buttocks, and thighs. Herpes simplex type 1a second type which causes cold sores around the outside of the mouth, as well as blisters on the gums or in the throat. HSV-1, on the other hand, can infect the genital-anal area, and both types can be transmitted to the mouth via oral sex.

Genital herpes is a chronic, lifelong condition because the virus permanently infects sensory nerves at the base of the spinal cord. HSV is dormant the majority of the time. Occasionally it reactivates, causing sores or vesicles, most notably tiny ulcers that resemble cold sores. These outbreaks, which usually last about a week, should be interpreted as a sign that the disease is contagious. The virus spreads up the nerves that lead to the skin’s surface, where it multiplies and causes new sores. (The initial symptoms of genital herpes are usually more severe and last longer than subsequent episodes.) Even if no sores or lesions are present, the disease can be contagious.

There are several more significant varieties, symptoms, diagnoses, and preventative measures for sexually transmitted infections. Which will be covered in more detail in a subsequent (Part 2) of this article.