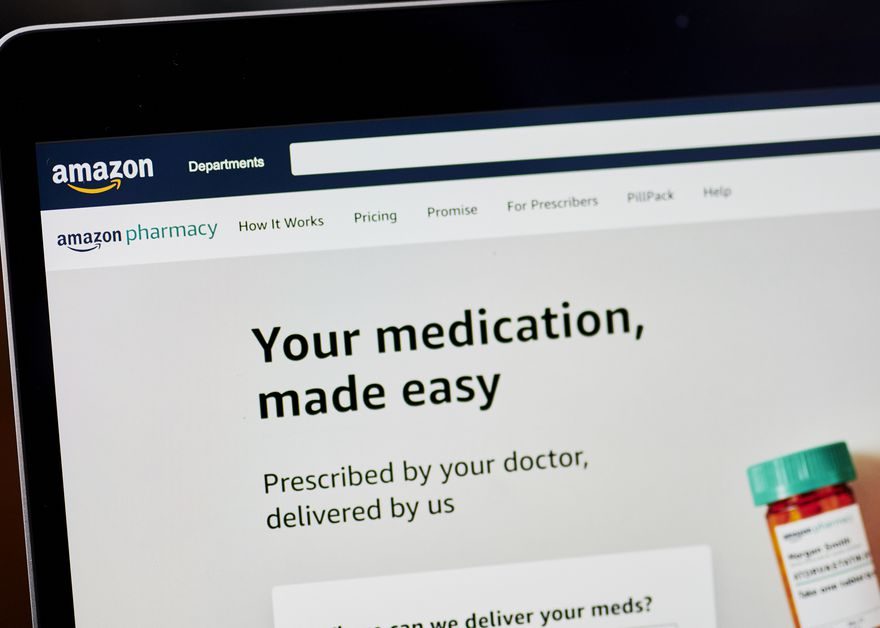 It was only last year that Amazon’s CEO, Andy Jassy, called Amazon Care one of the most exciting innovations at the company. But on Wednesday, employees learned that Amazon Care would shut down at the end of the year, an abrupt end to a program once central to its plans to reshape healthcare.

The abrupt shutdown doesn’t mean Amazon is getting out of healthcare — it might just mean a reframing. It recently bought the subscription-based primary care company One Medical, which offers similar services to Amazon Care. Reports indicate Amazon is also interested in at-home healthcare technology company Signify Health. Amazon still wants to take on healthcare, but it’s clarifying its approach: instead of building from scratch, it’s taking over things that already work.

Other tech giants are going through a similar process of honing their healthcare strategies. When companies like Amazon, Google, and Apple first started forecasting their health-related ambitions around five years ago, the goals were lofty — disrupt and redefine the multi-trillion-dollar healthcare industry in the United States.

Early attempts to swing big were less than successful. Amazon partnered with Berkshire Hathaway and JPMorgan Chase to try to create its own healthcare company for employees from scratch, and that venture collapsed in 2021. Apple tried to create its own primary care service, but data integrity issues raised by employees derailed the project. Google disbanded its Health division last summer and redistributed its health efforts across other teams. Many Big Tech efforts to contribute to COVID-19 response efforts fell flat.

Until recently, Amazon Care seemed to be moving in a positive direction — it expanded nationwide and had customers like Hilton and Silicon Labs. But according to a memo from Amazon senior vice president of health Neil Lindsay, it wasn’t a “complete enough offering” that big customers wanted to see in a healthcare product. Health professionals working with Amazon Care told The Washington Post that they were concerned about patient safety.

With the deal to acquire One Medical, they’d have another issue with Amazon Care — combining two different data systems, says Brendan Keeler, a product manager at health technology company Zus Health and expert on healthcare data systems. Looking at both, it makes sense that they’d focus on One Medical rather than trying to build a new primary care service from the ground up, he says. The process of building Amazon Care gave Amazon a better understanding of what healthcare solutions should look like, Lindsay said in his memo. One Medical might fit that picture better — and it comes off the shelf as a complete offering.

Amazon is good at the customer experience side of things but doesn’t have as much expertise with the service that’s actually being delivered in this case: healthcare. “Healthcare is hard, and they’re smart enough to see the right strategy for them,” Keeler says. “It’s them looking at their bets and saying, buying proven solutions, Amazon-fying them, and scaling them is how we get where we want to go.”

It’s a similar approach to the one Amazon took with its pharmacy programs. It bought pharmacy startup PillPack in 2018. Then, in 2020, it launched Amazon Pharmacy, which also offers home delivery for prescriptions — and was built on top of PillPack.

Like Amazon, Google and Apple are looking to carve out the parts of healthcare that actually make sense for them. For Google, maybe that’s developing algorithms and backend tools that it could then pass off to health organizations to use. Apple is good at consumer tech — delivering care itself might not be its approach, but smartwatch features and easy-to-use personal health records are more in its zone. “It makes more sense that the inroads they make is bringing their particular expertise in a way that they can only do because of their scale,” Keller says.

Tech expertise was never going to be a magic cure-all to the many, many problems plaguing the American healthcare system. It’s an unwieldy, inequitable, tentacled beast held together by fax machines and taken to its breaking point by the pandemic. The early failures and growing pains weren’t a surprise to people who work in healthcare and understand its sheer complexity. But tech interest in health isn’t new or shiny anymore, and if the companies want to keep pushing into the space, they’re going to have to find the corner of it that makes sense for them.

Finding it, though, doesn’t guarantee success, and only time will tell if these companies are able to make the types of big changes to the areas they target — again, healthcare is hard. But if they’re able to figure out ways to map the things they’re already good at onto health products, they might find a path forward. “If they’re not, it’s gonna lead to failure,” Keller says.