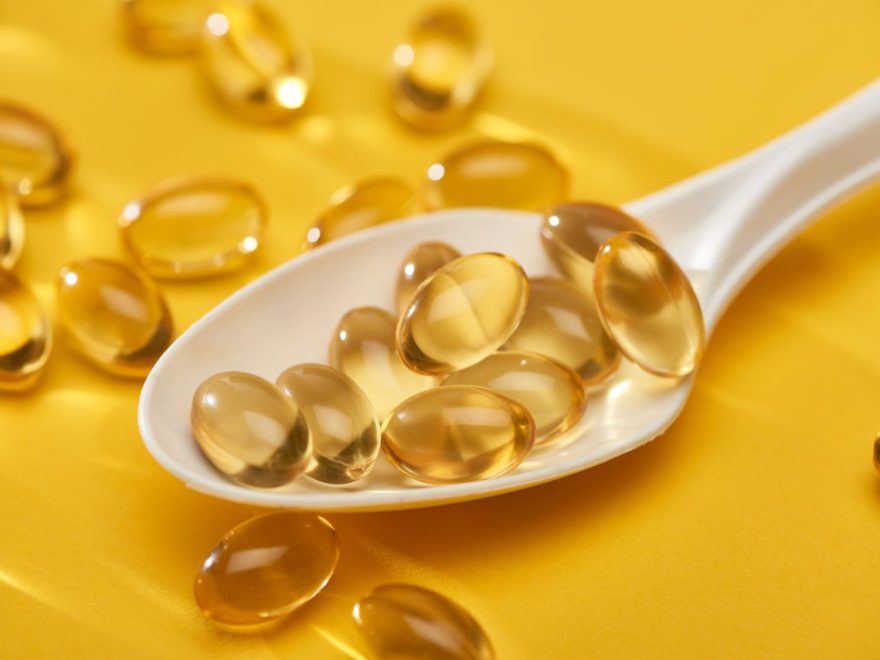 The human body cannot synthesise them, so we must supplement our body with these essential nutrients. Your body requires these nutrients in various biological processes such as signalling, cell membrane fluidity, and structural maintenance.

They also regulate the nervous system, blood pressure, clotting, glucose tolerance, and inflammatory processes, which may be helpful in all inflammatory conditions. They have also been used to treat dyslipidemia.

Myocardial infarction generally occurs due to the formation of atherosclerotic plaques primarily made up of fats and cholesterol. This plaque typically attracts platelets, leading to blockage of blood vessels, known as myocardial infarction or, more commonly known, a heart attack.

Research shows that fish oils stabilise these plaques by preventing platelet aggregation. It minimises the risk of myocardial infarction and acts as a cardioprotective agent. Data also indicates that fish oil supplementation generally leads to a better endothelial response in heart transplant patients.

According to research, omega-3 polyunsaturated fatty acids (PUFA) possess the most potent immunomodulatory activities. Among the omega-3 PUFA, those from fish oil-eicosapentaenoic acid (EPA) and docosahexaenoic acid (DHA)-are more biologically potent than alpha-linolenic acid (ALA).

DHA is the primary component of membrane PLs in the brain, especially in the cerebral cortex, mitochondria, synaptosomes, and synaptic vesicles. They can prevent many neurological diseases.

Several epidemiological studies have shown that lower intakes of omega-3 PUFAs are associated with an increased risk of cognitive decline or dementia, especially for Alzheimer’s.

Multiple studies have shown that fish consumption is associated with a lower risk of depression.

Periodontitis is an infection of the gums. Certain bacteria allowed to accumulate on your teeth and gums cause the condition.

As periodontitis progresses, your bones and teeth may get damaged. According to research, dietary supplementation with fish oil could be a cost-effective way to treat periodontal disease.

Diabetic retinopathy, a neuro-microvascular complication associated with diabetes mellitus, is a sight-threatening condition that causes hyperglycaemia.

According to research, omega-3 fatty acids can potentially inhibit the death of retinal cells and the formation of defective blood vessels. They can be used as prophylactic medications and help safeguard diabetic patients from this sight-threatening complication.

Psoriasis is a stable, noncontagious autoimmune disease characterised by raised areas of abnormal skin. These areas are red or purple on some people with darker skin, dry, itchy, and scaly. Research indicates that cod fish oil has beneficial effects on psoriasis.

Fish oil is rich in omega-3 polyunsaturated fatty acids. These fatty acids are known to influence physical functions and body metabolism substantially. They regulate the nervous system, blood pressure, blood clotting, and other inflammatory processes. They are generally used as dietary supplements and can decrease bad cholesterol levels.

What Are The Side Effects of Consuming Fish Oil?

The FDA-approved use of omega-3 fatty acids for adults (≥18 years of age) is a daily dose of 1-gram capsules twice daily with meals. The FDA recommends daily intake not exceeding 3 g/day of EPA and DHA combined.

Consuming more than 3 grams of fish oil or omega-3 fatty acids may lead to an increased risk of atrial fibrillation, increased chance of bleeding, gastrointestinal problems, and reduced immunity.

As we know, fish oil reduces platelet aggregation. It may be beneficial when given in lower doses. However, when given in higher doses, it impairs the platelet action and causes bleeding, according to research.

It warrants proper usage of fish oil in recommended doses. Discussing the supplement usage and recommended dosage with your doctor is also prudent. Be sure to inform fish oil usage before any surgery.

According to research, fish oil can cause diarrhoea and upper gastrointestinal tract symptoms. There is also a chance of fishy taste, burping, dyspepsia, and nausea.

You must visit a doctor in the event of these problems. These are common side effects of fish oil due to its high-fat content, which may lead to issues with indigestion.

Certain omega-3 fatty acid supplements, such as cod liver oil, are high in vitamin A, which can be toxic in large amounts. Data indicates that Vitamin A toxicity can cause side effects such as dizziness, nausea, joint pain, and skin irritation. It could even lead to liver damage and liver failure in severe cases if the condition is left untreated for a long time.

According to research, consuming high levels of fish oil may lead to disturbed sleep. If your sleep quality is low, it may lead to various side effects as sleep is one of the most important biological processes.

Research has proven that omega-3 fatty acids are great anti-inflammatory agents. They act on various immune cells and suppress their effects. It has been made use of in different autoimmune conditions.

However, when individuals take high doses of omega-3 fatty acids for prolonged periods, they will have decreased immune response, making them highly susceptible to various infections.

Hemorrhagic stroke is a condition characterised by bleeding in the brain, usually caused by the rupture of weakened blood vessels. Some studies have found that a high intake of omega-3 fatty acids could decrease the blood’s ability to clot and increase the risk of hemorrhagic stroke.

Some controversies exist concerning the role of ω-3 PUFAs in the control of diabetes. A study reported an increased risk of type 2 diabetes with a higher intake of omega-3 PUFAs. However, other studies have shown omega-3 PUFAs or fish oil supplementation benefits against type 2 diabetes. It is a controversial topic and needs further research for better understanding.

Fish oil consumers should be aware of the potential presence of heavy metals and fat-soluble pollutants like PCBs and dioxins, which are known to accumulate up the food chain.

When to Avoid Fish Oil?

Caution and periodic monitoring are important in patients who consume antiplatelet and anticoagulant medication due to the ability of omega-3 fatty acids to reduce platelet activity.

Additionally, according to research, omega-3 fatty acids are not considered allergenic, but the FDA labels state to use with caution in patients allergic to seafood. The omega-3 fatty acid products also do not benefit hypertensive individuals.

Healthy things consumed at higher levels can also lead to unhealthy results. As the saying goes, too much of anything is not good. Fish oil is a wonderful supplement.

It is rich in vital minerals and vitamins. It has numerous health benefits. However, consuming them in higher quantities may lead to decreased immunity, increased bleeding, a high risk of atrial fibrillation, hypercholesterolemia, and gastrointestinal problems, to name a few. Hence, consult a doctor or a health expert and understand the recommended dosage before starting your supplements.

Q. How much fish oil should you take a day?

A. The FDA-approved use of omega-3 fatty acids for adults (≥18 years of age) is administered as capsules with a daily dose of 2g/day taken as two, 1-gram capsules twice a day with meals. The FDA recommends daily intake not exceeding 3g/day of EPA and DHA combined.

Q. What are the side effects of taking fish oil capsules?

A. Consuming more than 3g/day of fish oil may lead to toxicity and adverse effects with symptoms ranging from fishy taste, diarrhoea, nausea, arthralgia, decreased immunity, and increased risk of bleeding. Therefore, it is best to consume it in the recommended amount.

A. No, 1 gram or 1000mg of fish oil is the recommended dosage, and it is not too much. More than 3g/day is toxic and may lead to various side effects, including fishy taste, burping, arthralgia, decreased immunity, increased risk of bleeding, and atrial fibrillation.

Q. What happens if you take fish oil every day?

A. In recommended dosages, fish oil decreases your bad cholesterol, increases your good cholesterol, and acts as a cardioprotective agent. It is also useful in dealing with inflammation and may be beneficial in treating depression. It has also shown positive effects on blood sugar and blood pressure levels.

Q. Who should not take fish oil?

A. People with a higher risk of atrial fibrillation, people with bleeding disorders, and people who need to undergo complex surgeries should not be taking fish oil. Taking fish oil before surgeries may lead to bleeding problems during the procedure, leading to various complications. Hence it is advisable to talk to your doctor and mention the usage of fish oil before surgery.

Q. What happens when you take omega-3 every day?

A. Omega 3 fatty acids are incredibly healthy and can lead to better health outcomes in individuals with cardiovascular disease, hypertriglyceridemia, type 2 diabetes, cancer, Alzheimer’s disease, depression, and neurological disease. It can also make your teeth stronger and your gums healthier.

Q. What medications should not be taken with fish oil?

A. Anticoagulant and antiplatelet drugs, herbs, and supplements. These medicines reduce blood clotting, which is dangerous as fish oil already reduces the clotting ability. Blood pressure drugs, contraceptive drugs, and Vitamin E supplements should not be taken with fish oil as they lead to complications.

A. Fish oil consumption may lead to undesirable effects on the gastrointestinal system and may lead to diarrhoea. It may also cause belching, nausea, and a fishy taste.

Q. Can I take vitamins and fish oil at the same time?

A. No, taking vitamins with fish oil is not advisable simultaneously. More specifically, the consumption of these vitamin supplements should be avoided as fish oil already contains high levels of vitamin A and the intake of more may lead to toxicity and cause hypervitaminosis A.