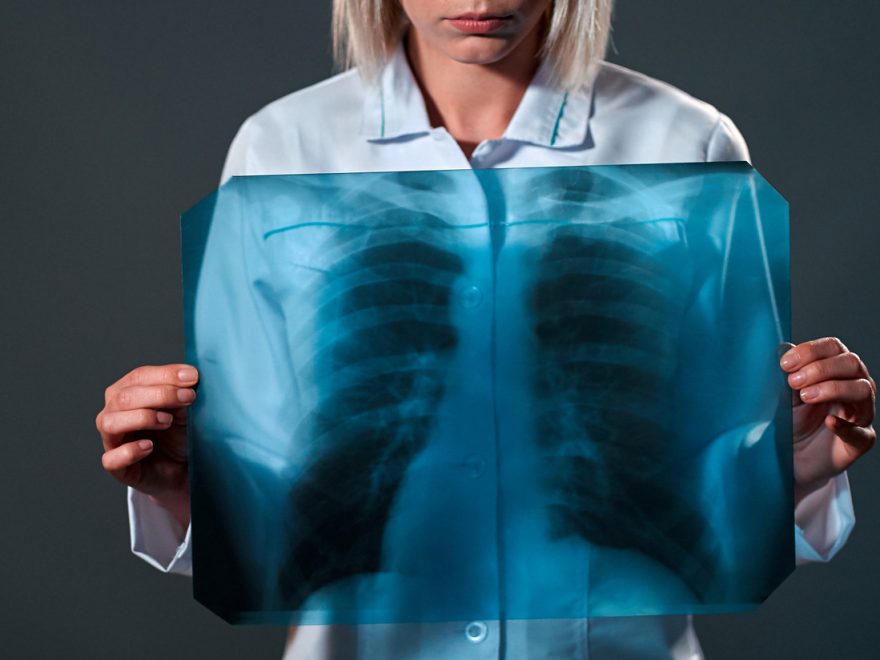 November is Lung Cancer Awareness Month. This event originated in 1995 as Lung Cancer Awareness Day. Since then, the community and the movement have grown, leading to this month when people come together to support the lung cancer community and raise awareness about this disease. According to the World Cancer Research Fund International (WCRF), lung cancer is the 2nd most common cancer worldwide. In 2020 there were more than 2.2 million new cases of lung cancer.

Lung cancer does not usually cause symptoms in its early stage. Symptoms may be dismissed as other issues like allergies or a cold. One of the goals of lung cancer awareness month is to promote early detection before it reaches a deadly stage. According to the American Lung Association, 73% of adults have not spoken with their doctor about their risk for lung cancer, and only 40% are concerned they might get lung cancer. In addition, nearly 70% of those asked were unfamiliar with the availability of lung cancer screening for early detection of the disease.

Smoking is the first cause of lung cancer, responsible for approximately ninety percent of lung cancer cases. Lung cancer can also happen in people with no known exposure to toxic substances – anyone can get lung cancer. It happens when cells in the lung mutate or change; this can occur for many reasons. For those who still smoke, quitting smoking is the best thing to do for lung health. Former smokers have decreased risk but can still get lung cancer. Nonsmokers are also affected by smoking due to exposure to secondhand smoke.

There is evidence that the following are also associated with increased risk:

Lung cancer treatment requires a customized treatment plan. Discoveries in research allow for treatment designed for the exact molecular features of a tumor to match the right treatment with the right patient. Some areas that have witnessed technological advances include detection, surgery, radiation, and treatment protocols. Researchers are hopeful that these discoveries may lead to lung cancer becoming a chronic or cured disease in the near future.

While no one food causes lung cancer, some essential health tips may help prevent lung cancer. First, eat a minimally processed plant-based diet that incorporates a variety of vegetables, fruits, whole grains, beans, healthy fats, calcium-rich foods, and lean protein. Studies have shown the importance of incorporating cruciferous vegetables, rich in isothiocyanates, to reduce risk in nonsmokers. Cruciferous vegetables include broccoli, bok choy, cauliflower, cabbage, kale, brussels sprouts, and other green leafy vegetables. One study found that the phytochemicals in cruciferous vegetables may even reduce the risk of lung cancer among smokers due to the carcinogen-modulating effect. Second, limit the consumption of red meats and avoid processed meats. In addition, keeping one’s weight and blood sugar in a healthy range is advised. One way to stabilize blood sugar levels is to consume 25 to 30 grams of fiber daily – this can be done by increasing the aforementioned whole foods regularly.

Good nutrition when living with lung cancer is important. Adequate nutrition is essential for maintaining healthy cells and cellular repair, reducing the risk of illness, and supporting the impact of treatment. For those experiencing the side effects of lung cancer and its treatment, be sure to talk to a doctor about what you are experiencing. These symptoms may affect your appetite or ability to eat. For digestive side effects, try to consume small meals and snacks more frequently and stick to a bland diet. A bland diet may include but is not limited to foods such as low-fat dairy products, cooked vegetables/fruits (not raw), rice, oatmeal, eggs, and broth. If mouth sores are an issue, avoid foods that are too hot, cold, spicy, or crunchy, and consider using a straw.

According to the American Lung Association, an appropriate amount and type of exercise may help someone with lung cancer feel better. This may include light walking, stretching, or a variety of exercise programs – all of which should be approved by a doctor. Since exercise doesn’t have to mean going to a gym, brainstorm ideas about safe, practical, and affordable ways to stay active. The benefits of exercise are many and may improve symptoms such as fatigue, anxiety, cardiovascular fitness, and muscle strength.

Let’s bring awareness to lung cancer, support future research, encourage lung cancer screening, and reduce the stigma around this disease. There is hope!